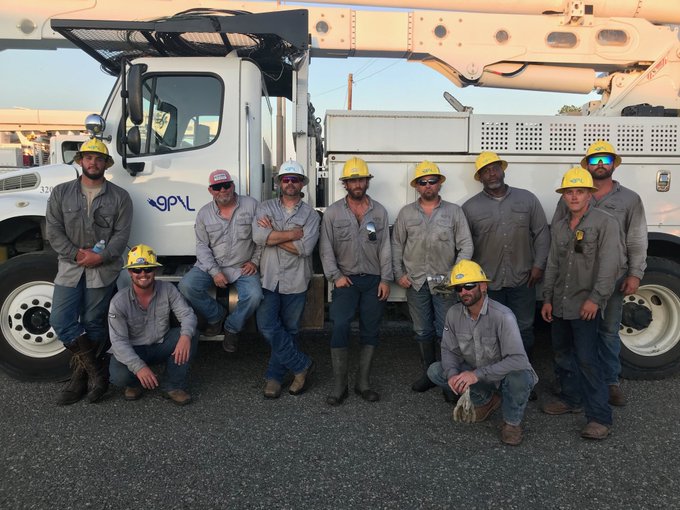 Hurricane Laura made landfall in the early morning of August 27 with winds of 150 mph, wreaking havoc on much of the East Texas and Louisiana coastline. The storm had rapidly intensified before it reached the coast as a Category 4, becoming one of the most powerful hurricanes to strike the Gulf Coast in decades.

Thanks to the excellent preparatory work of numerous federal agencies, Governor Greg Abbott, the Texas Division of Emergency Management (TDEM), local county judges and mayors, southeast Texas was well prepared for Hurricane Laura. Fortunately, Hurricane Marco turned another direction and Laura also avoided a direct hit on Houston and Galveston, which would have resulted in over a million Texans losing electricity.

Texas’ federal, state and local officials breathed a sigh of relief that they avoided a direct blow from the storm and offered support for parts of Louisiana dealing with the hurricane’s worst effects.

The electric industry has established mutual aid pacts, which are agreements between transmission companies, investor-owned utilities, municipal owned utilities and electric co-ops to help, in a cross-industry manner, restore services as quickly as possible after disasters and call on each other for emergency workers and supplies. Public power utilities across the country benefit from the strong network of mutual assistance partners.

Electricity is vital to local communities to operate hospitals, water systems and of course supplying power to commercial and residential customers.

Local intergovernmental mutual aid contracts are signed, and the responding utility is ultimately made whole by the receiving utility or other government funding such as FEMA.

Crews are limited to work 16 hours a day, and most are housed in non-air conditioned churches, schools, and the lucky ones in a motel. Locals residents often provide food because restaurants are not operating.

Following damage assessments on Friday morning, it was determined 8,900 customers were out across the six affected community owned electric systems.

Workflows were underway Friday, Saturday and continue today, whereas of Sunday morning fewer than 1,000 meters of the original 8,900 remained without power.

These numbers are constantly reported to the Public Utility Commission of Texas, which in turn keeps TDEM updated on community recovery needs.

Electricity is vital to our communities, our families, and our livelihoods. Storms and disasters do occur and disrupt what is usually highly reliable electric service. Our utilities are grateful for the patience of their customers as restorations are made.

Thanks to all mutual aid participants and a big hat tip to the “hurricane hero” line workers that are “getting it done!”