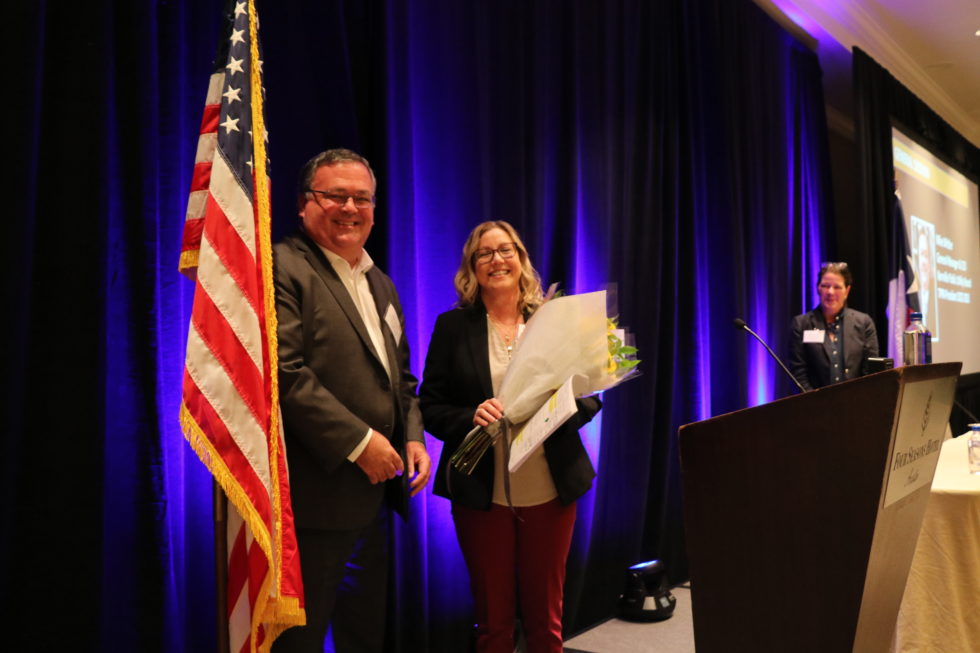 August 1, 2022—The Texas Public Power Association (TPPA) announced the election of new officers at its annual membership meeting in Austin last week. The Kerrville Public Utility Board’s General Manager and CEO, Mike Wittler, was announced as the 2022-2023 president of TPPA and will lead the organization into the new year ahead.

The state trade association—the voice of public power across Texas—has a membership comprised of municipally-owned electric utilities, electric cooperatives, river authorities and joint action agencies responsible for the generation and delivery of electricity to more than 5 million Texans.

The association’s nominating committee recommended the new officer slate, which was adopted by the membership. As president of TPPA, Wittler will serve a one-year term, representing publicly-owned utility providers at the state and national levels.

“It’s a privilege and honor to serve as president for such an important organization in the electric utility industry,” said Mike Wittler, KPUB general manager and CEO. “I look forward to working with these outstanding leaders for public power in Texas.”

Wittler has a long career devoted to the public power industry with more than 25 years of industry experience. He joined KPUB as the organization’s chief operating officer in 2006 after 11 years with CPS Energy and was promoted and appointed to the general manager and CEO position in November 2015.

Chosen to serve along Wittler on the TPPA Executive Committee were the following public power leaders:

Download a copy of this press release by clicking here.

About KPUB: The Kerrville Public Utility Board (KPUB) was acquired by the City of Kerrville in 1987. KPUB serves approximately 23,850 customers throughout its 146 square mile service area, including Kerrville, Center Point, Ingram, Hunt, and surrounding areas in Kerr County.

KPUB is a responsive and efficient locally-owned provider of reliable, high-quality utility service at the lowest responsible price.